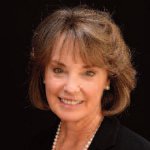 Charcie and her husband, Marty, are active owners of a real estate development business. She has worked to incorporate MOPS International, an organization that brings encouragement and support to young families, with responsibilities including communications, marketing, recruiting, training, and fundraising. Additionally, Charcie co-founded a church in Parker, CO, had a national speaking ministry, and hosted her own radio talk show.

Charcie was elected National Delegate and Convention Committee Member to the 2008 National Republican Convention and served on Congressman Tom Tancredo’s staff as his Outreach Coordinator. She served three years as Chairman of the Board of Excelsior Youth Center, a residential treatment center for 180 adolescent girls in Aurora, CO.

A member of the LPR Advisory Board, and the Board of Directors, she has recruited numerous leaders to the organization. In 2009, Charcie helped organize, support, and elect a successful slate of reform candidates for the Douglas County School Board. She co-founded the parent-citizen foundation, Great Choice Douglas County, whose mission is providing educational choice to parents. She also acted as a member of the Douglas County School District taskforce to help craft the Choice Scholarship Program, which she presented to the Board of Education for approval in 2010. She continues to support school choice and education reform across Colorado.