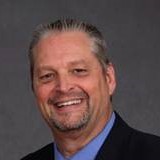 While a member of Governor Lamar Alexander’s staff, Dr. Griffin assisted in the development of Tennessee’s State Health Plan and later served two-terms as a Windermere, Florida, City Councilman.

Dr. Griffin has held the chief executive position in several of the country’s top healthcare facilities. While President and CEO of Regional Medical Center in Florida, US News and World Report magazine named it one of the nation’s Top 50 cardiovascular hospitals.

Dr. Griffin’s educational background includes graduate and undergraduate degrees in Industrial Psychology and Economics from the University of Tennessee and Middle Tennessee State University respectively. He also earned a Doctor of Philosophy in Business Administration from California Western University. He has served as an Adjunct Professor at the University of Southern California as well as the State of Florida Community College System.

Since 2006, Dr. Griffin has served as the President and CEO of The Schuck Foundation in Colorado Springs. In 2010, he was named Executive Director of Monument Academy, one of the highest performing charter schools in Colorado.

Dr. Griffin is a graduate of the 2008 Leadership Program of the Rockies class and currently serves on the LPR board of directors.