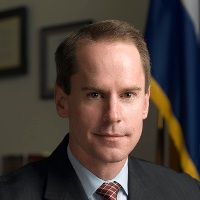 Mark Hillman is Executive Director of Colorado Civil Justice League, the state’s leading organization in the fight against lawsuit abuse.

Mark was elected to two terms in the Colorado State Senate and served as Majority Leader.  His dynamic, common-sense leadership earned him recognition as National Legislator of the Year.

He also served as State Treasurer and later represented Colorado on the Republican National Committee.  He writes about public policy in various publications and at www.MarkHillman.com.

Mark is a Colorado native and operates a family farm near Burlington, where he and his wife, Heidi, and two children reside.