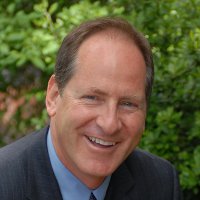 Michael Williams founded ALTIUS Financial, Inc., a registered investment advisory firm in Denver, Colorado. He created a unique process for individuals in or near retirement called The Empowered Future Program™ and brings three decades of experience in wealth management, investment results and goal achievement, as well as integrating philosophy and economic history into financial planning.
Mike is a board member of Leadership Program of the Rockies and is the creator of the Defenders of Capitalism Project™, an important curriculum segment of LPR classes. He also serves on the National Advisory Board for the Steamboat Institute.

Mike has studied Objectivism for over 30 years and is a member of The Ayn Rand Institute, attended The Jefferson School of Philosophy, Economics, and Psychology as well as numerous Second Renaissance Conferences, The Lyceum and Objectivist Summer Conferences.

Mike graduated with a double major in finance and philosophy in 1984 from the University of Northern Colorado and taught intro to philosophy and ethics courses as a teacher’s assistant at UNC’s philosophy department. He earned his CFP designation in 1989. Mike has appeared/been quoted on KUSA 9News, multiple radio shows, the Wall Street Journal, Money Magazine, Investment News, and the Denver Business Journal.